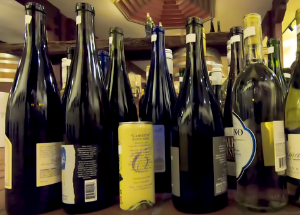 In October, Suckling along with wine critics William McIlhenny, Nick Stock and Stuart Pigott evaluated more than 800 wines from 14 states, not including California, Washington and Oregon. The tasting found the general standard of winemaking across America has taken a leap upwards during the last decade, and the revolution has clearly entered a new phase.

“I hope that this American Wine Revolution tasting is going to open the eyes of so many wine consumers in the United States as well as in the world,” Suckling says in a video report about the American Wine Revolution. “I hope people will embrace the idea that American wines are not only made in traditional places … but that actually there is a whole wine culture of winemaking across the United States that we should all embrace.”

*Note: Spicewood Vineyards did not submit wines for the American Wine Revolution tasting.